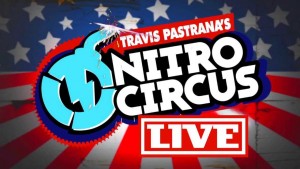 Keep tuned into CKWE 103.9 FM to find out how you can win your way to this amazing show in Ottawa on Thursday October 15th at 7:30pm!!

Nitro Circus continues to position itself as the leading youth action sports and entertainment brand on the planet. From humble beginnings, with Jeremy Rawle, Gregg Godfrey and extreme sports superstar Travis Pastrana producing DVDs from a Utah garage in 2003, to a smash TV series that has aired in more than 60 countries, Nitro Circus has exploded to global popularity, leaving a burning impression on the minds of young people across the planet. Nitro Circus: The Movie, featuring cast members from the MTV series, was released in 2012 in cinemas worldwide.

In 2010, the TV show was transformed by current CEO and action sports industry guru Michael Porra into a must-see live event, creating the global touring phenomenon that is Nitro Circus Live. Since its inaugural Australian trek five years ago, the show has travelled the globe, obliterating box office records and cultivating a legion of diehard fans. Nitro Circus has now rolled across five continents, blown away almost two million fans and sold-out shows in Europe, the United States, Canada, Australia, New Zealand, China, Japan, the Middle East and South Africa.