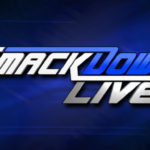 Want to win your way to WWE Smackdown on November 22 at the Canadian Tire Centre? Stay tuned in to CKWE 103.9 FM or find out how you can score tickets to the show!! Below is all the info you need regarding the show:

WWE SmackDown Live returns to Ottawa’s Richcraft Live at Canadian Tire Centre on Tuesday, Nov. 22. You won’t want to miss out on the first ever live SmackDown event in Ottawa. See your favourite WWE Superstars and Divas live in action including:

(talent is subject to change)

WWE is watched by 15 million fans each week in the United State alone. Its diverse audience spans generations of fans. Approximately 35 per cent of WWE’s audience is female and 24 per cent are under the age of 18.

WWE programming is broadcast in more than 170 countries and 35 languages and reaches more than 650 million homes worldwide. Each week, WWE creates seven hours of original programming that is watched by approximately 15 million fans in the U.S.